3 days ago
Get ready for $2,500 gold price this summer – B. Riley FBR
2 weeks ago
Incrementum Inflation Signal Turns to Falling Inflation Momentum – All Eyes on the “Mother Of All Stimulus Programs”
2 weeks ago
Golden Triangle Eskay Creek Rush series, BCTV 1989
2 weeks ago
Gold, silver prices look vulnerable for rest of the year – ABN AMRO
4 weeks ago
Crisis policy response will be good for gold

Gold demand tied to the Chinese New Year is being described as “sluggish,” apparently dented by the higher price of the precious metal, a slowing economy in the country and a virus outbreak, most traders and analysts said.

Still, some observers figure the holiday demand could still end up higher than a year ago, which was described as an off year.

China is the world’s largest consumer of gold, taking over the No. 1 spot from India several years ago. Buying of the precious metal tends to pick up ahead of the Chinese New Year, which is Saturday.

“Overall, the demand continues to be rather sluggish,” said Afshin Nabavi, head of trading with MKS (Switzerland) SA, the trading arm of MKS PAMP Group. MKS is involved in all of the world’s bullion major bullion markets.

He and others blamed the soft demand in large part on higher prices and China’s slowing economy. During the run-up to the Chinese New Year, spot gold hit a nearly seven-year high of $1,609.10 an ounce on Jan. 8. It has backed off since. Still, the price at 10 a.m. EST – $1,562.60 an ounce – was nearly $250 an ounce higher than on the Chinese New Year last year, which occurred on Feb. 5, 2019. This in turn has also led to higher prices in the local currency, observers said. 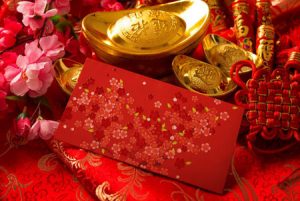